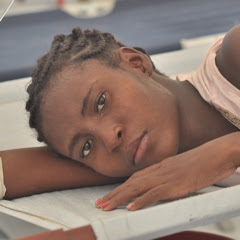 It has been one year now and conservative numbers say that cholera has infected 500,000 Haitians and killed 6,500 of them. This is more than any place in the world. Including India, Africa, Anywhere....

And these numbers are the "documented" cases. The sick little old man who couldn't make it across the swollen creek yesterday in Haiti's mountains is left out of these statistics.

Dirty water is to blame. And Haiti's water was deplorable long before the earthquake in 2010. It was deemed worst in the world in 2002....

That is one of the reasons I named this blog Dying in Haiti six years ago. Dirty water....

Below is an article by Trenton Daniel that summarizes the cholera situation in Haiti very well.


PORT-AU-PRINCE, Haiti -- Haiti has the highest rate of cholera in the world a mere year after the disease first arrived in the Caribbean nation, a leading health expert said Tuesday.

Dr. Paul Farmer, one of the founders of the medical group Partners in Health and U.N. deputy special envoy to Haiti, said cholera has sickened more than 450,000 people in a nation of 10 million, or nearly 5 percent of the population, and killed more than 6,000.

Farmer told The Associated Press on the anniversary of cholera's arrival in Haiti that it's also on the verge of becoming the leading cause of death by infectious disease in the Caribbean nation.

"It's freakin' incredible," Farmer said by telephone. "In 365 days, you go from no cases to the largest number in the world."

He also said that cholera is likely to become endemic in Haiti, meaning it will become "native" to the country.

Farmer attributes the spread of the disease to what he describes as Haiti's status as the "most water insecure" country in the world, which means many people have insufficient access to clean water.

Cholera is caused by a bacteria found in contaminated water or food. It spreads quickly in unhygienic environments and can quickly kill people through complete dehydration, but is easily treatable if caught in time.

Haiti has long suffered from improper sanitation because of its poverty but sanitation conditions in the capital and other urban areas became much worse after last year's earthquake forced thousands of people to set up makeshift shelters in public plazas, soccer fields and other open areas.

Evidence suggests that the disease inadvertently arrived in Haiti by U.N. peacekeeping troops from Nepal. Cholera then spread through Haiti's biggest river because a Haitian contractor failed to ensure proper sanitation at the U.N. base.

There were no documented cholera cases in Haiti prior to the start of the outbreak a year ago this month.

The epidemic threatens to worsen before it abates as the year's second rainy season causes the disease to spread.

The foreign aid group Doctors Without Borders said in a statement Tuesday that it continues to see "dangerous and unpredictable fluctuations" in the number of cholera cases.

For example, the group said it treated 281 patients for cholera in the Haitian capital in the last week of August. That number jumped to 840 per week a month later.

Aggravating the situation will be the withdrawal of humanitarian workers who leave because of a lack of funding, the United Nations' Office for the Coordination of Humanitarian Affairs said Tuesday.

That means fewer drainage services and less maintenance on the latrines aid workers set up in the settlement camps.

Out of 12,000 latrines needed, only about a third were reported to be working in August, down from more than 5,800 the month before, OCHA said. Meanwhile, the number of nonfunctional latrines more than doubled, from about 1,300 in July to about 2,600 in August.

Also, more than 1,000 latrines have been abandoned, leading to outdoor defecation, which heightens the risk of contamination for people living in the camps.

The United Nations Office for Project Services and the government's water and sanitation agency halted the cleaning of latrines at the end of August because of lack of funding, OCHA said.

Despite the spread of cholera, Farmer said it was possible to wipe out the disease by improving Haiti's water system and sanitation. The use of education and oral vaccines is also important, he added.

"To eradicate cholera we're going to have to vaccinate huge numbers of people," Farmer said. "It's going to require a massive campaign like polio."
Posted by John A. Carroll at 6:56 AM