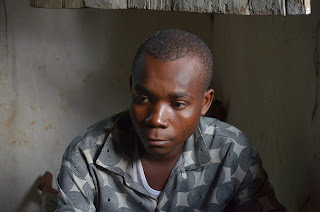 Impunity in Port-au-Prince
By AMY WILENTZ

IT has been painful to watch as Jean-Claude Duvalier, who inherited the brutal dictatorship that once ruled Haiti, swanks around the hot spots of Port-au-Prince, flanked by the dregs of his regime — including former members of the dreaded secret police, the Tontons Macoute — as if he were just another member of the capital’s thoughtless, partying elite.

Since his return in 2011 from a 25-year exile, Mr. Duvalier — Baby Doc — has managed to insert himself into semi-polite society, even finagling a seat near the new president, Michel Martelly, at the memorial ceremony for the victims of the 2010 earthquake. The president has filled many positions in his government with former Duvalier officials and their relatives. In short, he is rehabilitating Mr. Duvalier — and along with him, the extrajudicial code he and his father, François Duvalier, governed by. Last month, Mr. Martelly proposed a blanket pardon of Baby Doc — who has been accused of corruption and human rights abuses — telling The Associated Press, “I do believe that we need that reconciliation in Haiti.”

A day later, after a cry of indignation from Haitian and international groups, he claimed he had been misunderstood. But it turned out his pardon wasn’t even necessary. On Jan. 30, the investigating judge on the case recommended that all human rights charges against Mr. Duvalier be dropped and that he be tried instead in a lesser court on charges of financial malfeasance. Amnesty International called the investigation “a sham.”

It is the continuation of Haiti’s tradition of impunity (the veiled meaning of “reconciliation”) that has led directly to the convulsed, inconclusive and violent gyrations the country has made in its attempt to move toward democracy since the overthrow of Baby Doc. Haiti will not achieve real democracy if its justice system remains unwilling to condemn the crimes of the past, punish the perpetrators and make it clear that such abuses will not be tolerated in the future.

In nearly 30 years of power, the Duvalier regimes offered impunity for their operatives. The army and the Tontons Macoute committed gross violations of human rights, including arbitrary arrest, prolonged incarceration without trial, starvation and torture of political prisoners and the persecution and killings of their associates and families.

The violence persisted after Baby Doc fell. While he and his family fled to France aboard a United States cargo plane, crowds wielding rocks and machetes destroyed the homes of known Duvalierists and hunted down and killed dozens of Tontons Macoute.

They did this, a Haitian friend once explained to me, because they knew the courts could not or would not bring the Tontons Macoute to justice. These killings were mostly revenge murders — score settling — and no one in the crowds was jailed or prosecuted for them.

While the country was ostensibly laying the groundwork for democracy, known perpetrators of human rights abuses were only occasionally arrested. Most were promptly released; many escaped. Few have been brought to trial, and even fewer convicted.

In 1987, elections were aborted when a mob of former Tontons Macoute descended on a polling place and slaughtered 34 voters. More were killed in other polling places. It took nine years for Claude Raymond, the former head of Baby Doc’s army and the suspected mastermind of those attacks — if one can use such a term — to be arrested. (In that time, he even presented himself as a candidate for president, though he was excluded from participating in the elections.) He was never tried and died in prison in 2000.

In 1991, Haiti’s first fairly elected president, Jean-Bertrand Aristide, was ousted from office, and in 1994, at least 23 of his supporters were killed by paramilitary forces in Raboteau, a shantytown on the western coast. In 2000, after Mr. Aristide returned to power, 16 of the perpetrators were arrested and found guilty. But after he was overthrown and exiled for a second time, Haiti’s supreme court overturned 15 of those convictions. Only one person connected to the attacks has been incarcerated; he was tried and convicted — of mortgage fraud — in New York. Another person tried in absentia had his Florida lottery winnings garnished and distributed to victims of the massacre.

Today, besides a few bright points — like the conviction last month of eight police officers for killing prisoners after the earthquake — impunity remains the country’s fallback position. It has made a functioning justice system, and therefore democracy, impossible.

That’s why Mr. Duvalier must be prosecuted for his crimes against humanity. If they are dismissed, it will send a cheering message to past and future perpetrators of similar abuses. If he is tried and convicted, those who have relied upon impunity will know that they, too, risk a turn in the dock.

The Haitian people want justice, and the international community must support them. Two days ago, on the 26th anniversary of the overthrow of Baby Doc, a small but vocal crowd of his regime’s victims protested in front of the Palais de Justice. They painted the words “Aba impinite” — down with impunity — in blue spray paint on the court’s white wall.

Amy Wilentz is the author of “The Rainy Season: Haiti Since Duvalier.”