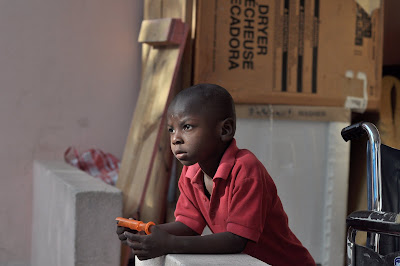 
Today is Monday in beautiful Port-au-Prince. The capital was frozen in fear early this morning. Many businesses were closed and public transportation was much more difficult to find than a usual Monday.

I am at a cybercafe because the Internet signal is strong here.

Jean, the young Haitian man who voted yesterday, told me today that he did not take his wife to vote in Tabarre yesterday.

Reports of rock throwing and disorder at the Tabarre voting station scared Jean and his wife. Who would not have been scared?

And where exactly did the 25 million dollars from the US and Canada go to help the Haitian election process yesterday?

I have heard many other problems occurred at other voting stations around the country.

A Haitian policeman told me how Jude Celestin's men (mandate) were occupying voting stations "encouraging" people to vote for Mr. Celestin. The policeman just shook his head as he related the story.

Many Haitians are unhappy today regarding the national election farce yesterday.
Posted by John A. Carroll at 1:22 PM